A Physician’s Stories and Reflections on Prayer”

Drawing from his experiences as a family practice physician for the past 30 years, Dr. McAfee provides true and captivating stories from his career in medicine. Ranging from humorous to heart-rending, these narratives offer brief glimpses into the lives of Dr. McAfee’s patients, with practical lessons regarding prayer, valuable as that is, typically does not move our hearts to deeper prayer in the same way that stories do. For Christians young and old who wish to live a life of enriched prayer-knowing God’s presence as well as His precepts-these stories help provide the tangible means to achieve that goal. 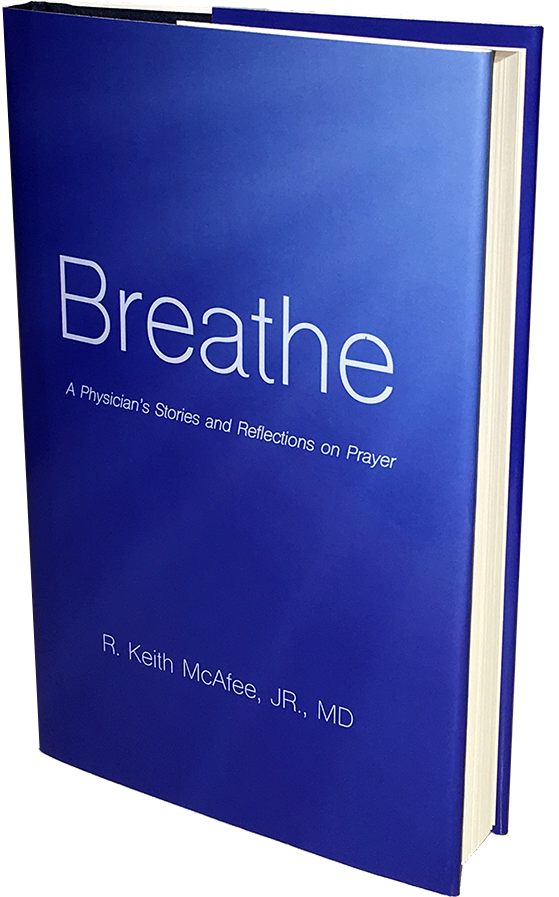 Mabel looked up at me. “No. I can’t hear you,” she responded. I blinked, and my head involuntarily twitched.

“Nothing,” she answered, turning her head away. A further pause.

“That must be awful for you,” I stammered.

I dumbly repeated, “Really no hearing at all?”

Not sure what to say next, for the moment I just stared at her. Mabel was an elderly woman in a local nursing home where I volunteered most Sundays during my first two years of medical school. A wonderful woman in our church led a weekly Sunday-morning church service at this nursing home, and when my medical school commitments did not preempt my plans, I was able to help most Sundays by playing the guitar or preaching a short lesson. After the service I would visit many of the patients who lived there, spending much of the afternoon reading stories out loud or talking with them about their thoughts.

During one of those Sundays, I noted that Mabel had arrived as a new patient, so I went to talk with her after the service. In truth, Mabel did have significant hearing loss, and I had to shout to be heard, which disturbed the other residents. I therefore used a technique that physicians find helpful: borrowing a stethoscope from one of the nurses, I placed the earpieces in Mabel’s ears (rather than in my own), and I talked into the end of the stethoscope that is usually placed on the patient’s chest. This trick works quite well, and I thereby could lower my voice and still sound sufficiently loud in Mabel’s ears. Despite her denials, she heard me just fine, a fact I tested with friendly small talk. She always answered appropriately. Perplexed but fascinated, I decided to find out why she held to her claim.

I knew enough not to confront her head on, so I approached the subject indirectly by asking about her life. Two facts soon became clear. First, she exhibited not one shred of deceitfulness. She was sincerely convinced that she was deaf, even though she was answering my questions. Second, her conviction was not due to dementia. Mentally she was fine. I will not bore you with the long conversation we had—most of which I have forgotten anyway—but suffice it to say that I eventually discovered the truth: she did not like what her family members (mostly her children) were telling her, so she decided to be deaf in order to avoid what they had to say. She started with her legitimate and profound hearing deficit, and by choice of will, she made it complete. Voilà! Can’t hear a thing! She could conveniently ignore any unwelcome words.

Of course, she did not admit to this fact directly. The truth came out through long, indirect questioning, and ironically, getting to the truth of why she allegedly could not hear was accomplished through her hearing. I was conversing with someone who was telling me she could not converse! The undeniable fact that we were carrying on a back-and-forth conversation was not enough to break through her mind-set: she needed to be deaf, and that was that. Nothing as trivial as the truth was going to stop her. She could not handle what she was hearing from her family, and so, as horrible as it might be for her, she now could not hear anything at all. She was miserable about it, and she bemoaned it, but facts were facts: she would just have to live with being cut off from the world.

During the ensuing months, Mabel held to her story. It was remarkable. At some point I figured I knew her well enough that I could gently challenge her about her self-delusion. If she was deaf, I asked her, how was she able to carry on a conversation with me? In response, she launched into some convoluted justification that allowed her to maintain her claim and yet still be able to hear me. To be honest, I have forgotten the exact details of her reasoning, although I think it had something to do with my “tone of voice,” but I do remember being in awe of her talent for self-deception. Having such a psychological need to avoid the pain of the truth about herself, she believed in her lie so completely that she no longer even realized she was lying to herself. It was profoundly sad.

But not as sad as later on.

Over the years, when circumstances have brought Mabel to mind, I have reflected on her self-imposed predicament. For a long time I was able to think about her from a comfortable distance, sad for her but marveling that anyone could so completely deceive herself—until one day, as my own personal devotional life was deepening, I realized that, in more ways than I cared to admit, I am Mabel! And I am not like her in some token, trivial way. I am deeply and utterly Mabel.

Am I ever willfully deaf when I approach God, such as when I am afraid that He might exhort me about some embarrassing character trait or some element of weakness in my life? I loathe feeling like a failure, and I never like to face my faults. Indeed, I do not like to admit that I even have faults. Or how about the ways in which I want to approach God or “follow” Him on my own terms and in my own way rather than on His terms and in His way? Or what if He needs to exhort me that I am the one who is wrong or pigheaded about some argument I have just had with my wife or children? I do not like having to eat humble pie when I am angry. Or how about when I think God might call me to do something I do not want to do? I do not appreciate having to change my well-laid plans. I also do not like to give up what I hold dear, even if it is not good for me. Am I therefore not Mabel’s equal in talent for self-delusion and self-justification in my selective hearing? When on my knees, do I just prattle on and on, never stopping long enough or being vulnerable enough to be counseled or corrected by my Father? Such habits on my part are pure pretense[1] —pure “Mabel.” To not face unwelcome truths about my life is the comfortable way out, but it also keeps God out. I can have the comfort of my pretense or the joy of God’s presence, but I cannot have both, as they are mutually exclusive. I must choose.

During prayer I need the courage to be open and honest and to let God gently teach me, perhaps make me joyful, or tell me “well done” about something. Conversely, perhaps He needs to scold me, gently swat me on my spiritual bottom, help me face my faults so I can learn from them, or change my plans so I will become unendingly happy. In truth, I am frighteningly like Mabel. Perhaps we all are.

Unlike Mabel, we do not have to remain that way.

[1] Pretense: an attempt to make something that is not the case appear to be true. 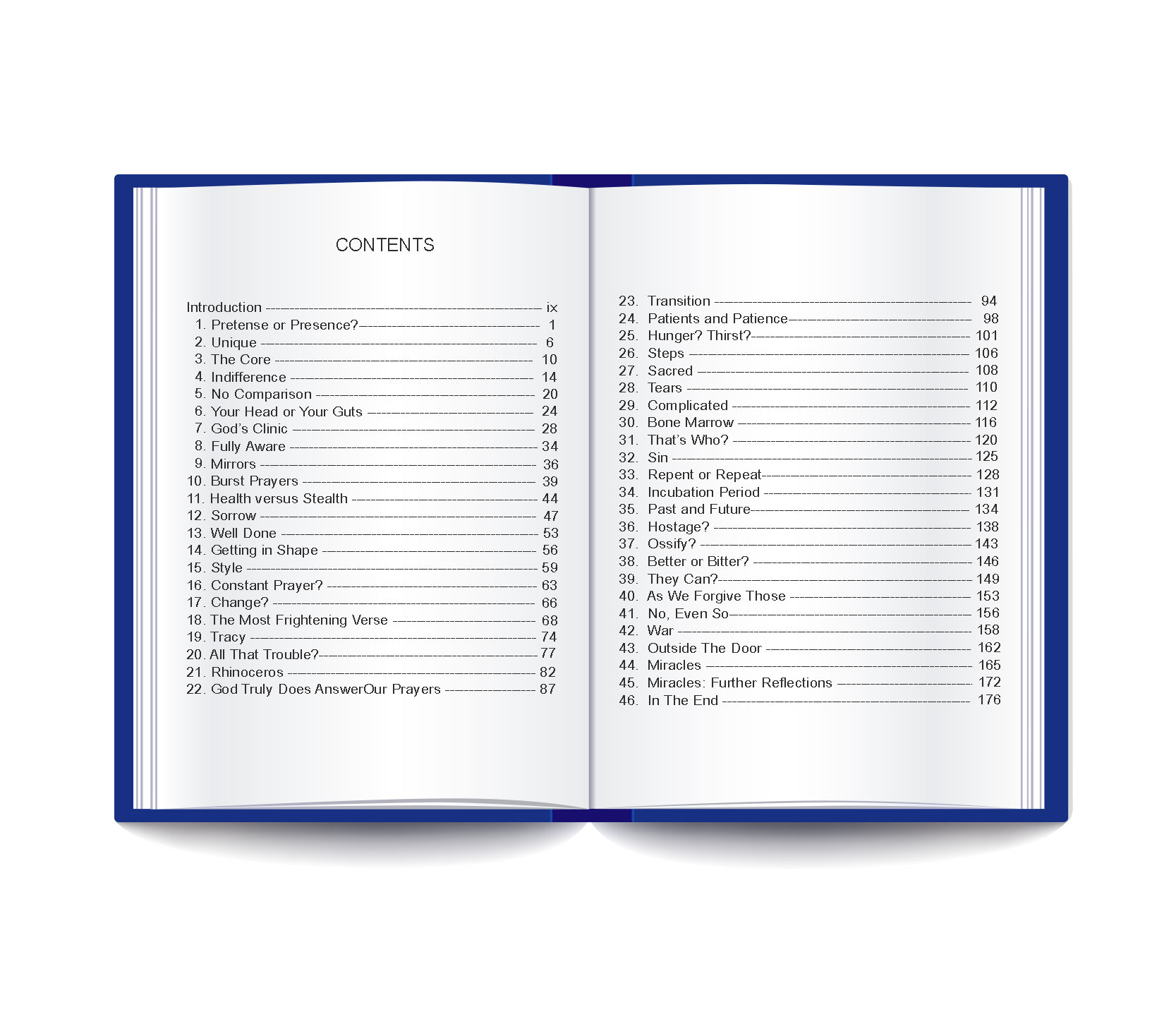 Fill out the form below and receive notification of and access to Dr. McAfee’s future weekly VLOGs 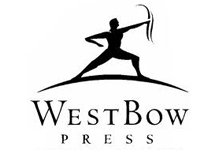 Click on the images above to BUY THE BOOK. These are external links from keithmcafee.com . All questions should be directed to the administrator of its respective websites.